Our work is motivated by a fundamental challenge facing society: how can we feed a growing population, in a changing climate, in a sustainable way? One component of the solution likely involves perennial crops, which relative to annuals offer improved ecosystem functioning, longer growing season, deeper rooting depths, reduced erosion, and greater precipitation retention (Glover et al. 2010 Science 328: 1638 – 1639).  Our long term goals are to advance basic understanding of how long-lived plants evolve, in nature and under domestication, and to apply this work to the conservation of plant diversity, food and ecosystem security, and crop improvement. To this end, we integrate field-based research in natural and agricultural environments, high-throughput phenotyping, next-generation DNA sequencing, RNA-seq, common garden experiments, and geographic information systems (GIS) data to understand diversity patterns, diversification processes, and the genes underlying adaptive variation in ecologically and agriculturally important traits. 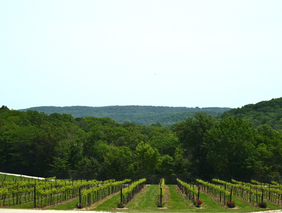 ​Our work in Vitis focuses on a subset of the North American species, a charismatic part of the regional flora and a key component of global viticulture. Although only a few North American species are cultivated for wine or table grapes (e.g., Vitis labrusca), the main uses of North American grapevines are as contributors to hybrid scions (e.g., ‘Chambourcin’, ‘Vidal Blanc’), and as rootstocks to which V. vinifera cultivars are grafted (e.g., Vitis riparia ‘Gloire’, Vitis rupestris ‘Saint George’). Grafting in grapevine dates back to the mid-1800’s when the North American Phylloxera aphid was introduced into Europe and devastated the French grape industry, subsequently spreading across Europe and the world. As a result, vineyards across the globe now consist of European V. vinifera grafted to biotic and abiotic stress resistant North American Vitis species: the riverbank grape (V. riparia), the rock grape (V. rupestris), Heller’s grape (V. cinera ssp. helleri) and their hybrid derivatives are used nearly exclusively as rootstocks. With the goal of improving viticulture through breeding and grafting, and advancing understanding of variation found wild North American Vitis populations, ongoing projects in the lab include: Ia) Vitis phylogenomics; Ib) genomic and phenotypic consequences of hybridization in native Vitis riparia and V. rupestris populations; Ic) common garden analyses of V. riparia and V. rupestris; and Id) impacts of root system on shoot system phenotype in grafted plants. 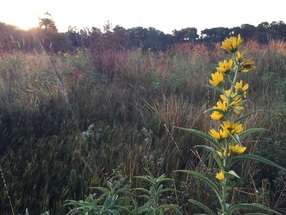 The long-term goal of this project is to advance sustainable agriculture and ecosystem security through   the incorporation of herbaceous and shrubby perennial grain, legume, and oilseed species into large-scale contemporary agriculture (Jackson 1980; Glover et al. 2010).  Because perennial grain, legume, and oilseed-producing species are not well-represented among contemporary domesticates (Van Tassel et al. 2010), targeted breeding programs in wild, previously undomesticated species offer one major pathway to the development of perennial crops.  The proposed project represents an exciting, novel collaboration between The Perennial Agriculture Project in conjunction with the Malone Family Land Preservation Foundation and The Land Institute (Salina, KS), Saint Louis University (St. Louis, MO), and the Missouri Botanical Garden (St. Louis, MO) that aims to systematically evaluate wild, perennial herbaceous and shrubby grain, legume, and oilseed species for inclusion in pre-breeding and domestication programs. Promising candidates for pre-breeding and domestication will be identified by extracting and analyzing information obtained from available sources (literature, on-line databases, herbaria and living collections), by collecting and planting out a subset of taxa for live-plant analysis in The Land Institute greenhouses  and fields, and by developing long-term experiments designed to test evolutionary theory related to how perennial plants respond to artificial selection. 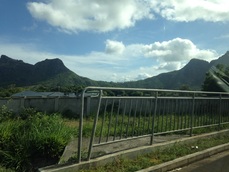 The ebony and persimmon genus (Diospyros) is a diverse group of largely tropical trees and shrubs that comprises between 500 and 700 species distributed on six continents, many of which are poorly known, remain to be described, or of dire conservation concern.  Although some species in the genus are widespread and economically important (e.g., persimmons such as Diospyros kaki, D. lotus, and D. virginiana), many species are rare, over-exploited, or poorly known; indeed, recent field studies and taxonomic work suggests there may be as many as 130 undescribed species in Madagascar alone. The proposed work will focus on Diospyros in the Mascarene Islands.  The Mascarene Islands comprise three volcanic islands in the western Indian Ocean (Mauritius, Reunion, Rodrigues) that have a largely endemic flora where the majority of native, endemic species are threatened or already extinct.  For example, Mauritius has 315 endemic plant species, of which 200 are threatened and 50 are known from fewer than 10 individuals in the wild. Within the genus Diospyros, 14 species are endemic to the Mascarene Islands, of which one species is thought to be extinct, four of which are listed as Critically Endangered, and seven of which are listed as Vulnerable.  Although many of these species are of utmost conservation concern, very little is known about patterns of genetic and morphological variation within species, even though such knowledge is critical for developing conservation strategies.  This is work is being carried out by Alex Linan, PhD student jointly advised by Christy Edwards, Conservation Geneticist at the Missouri Botanical Garden.

This work is funded in part by the American Society of Plant Taxonomists, National Geographic Society, and Saint Louis University Graduate Assistantship.

This work was supported by the Kunming Institute of Botany, the National Science Foundation EAPSI fellowship 1311052 to Steven Callen, Saint Louis University, and the Webster Groves Nature Society. 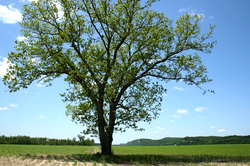 This work was supported by the Northern Nut Growers Association. 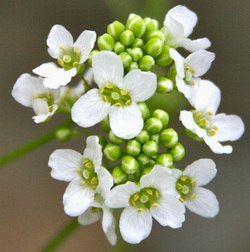 This work was supported by the National Geographic Society and the Saint Louis University Presidential Research Fund.

​This work was supported by Saint Louis University and Principia College.
Proudly powered by Weebly